The figure in clay 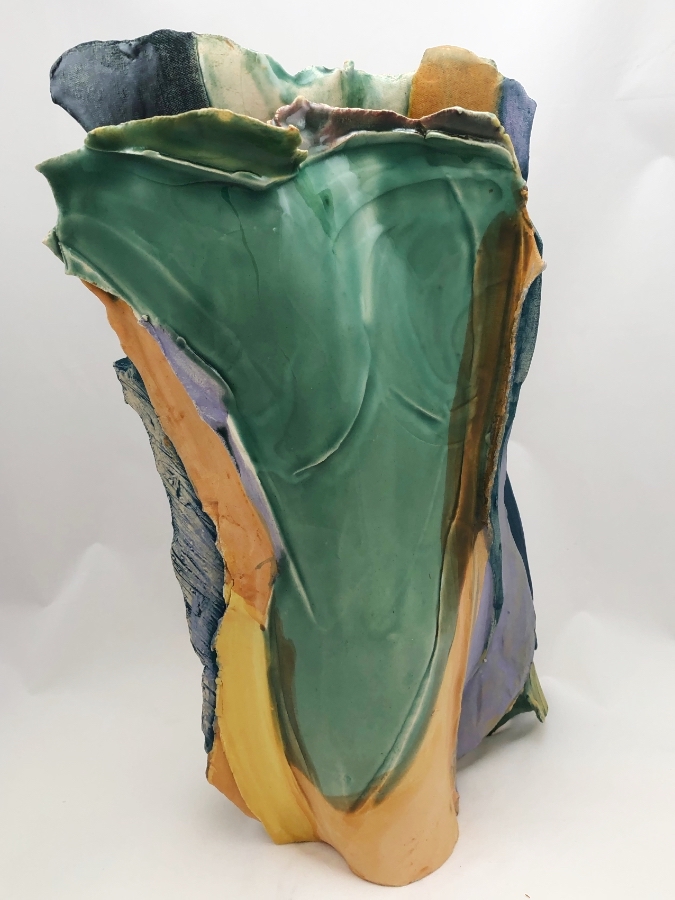 I often refer to my use of the figure combined with landscape forms when I talk about my ceramic pieces. Sometimes, on first thought, people say they didn’t see figures in my forms. I believe art should speak for itself but I want to share a little more about my work here.

Familiarity with ceramic art history will soon lead your eye and mind to look for the presence of the figure, and not just all figures, but in particular the female. Part of this is in language, part of it is in the making of early pottery forms and their use.

Beginning with language we can start with the vocabulary in describing a vase, or a pot, a mug, or other pottery forms: foot, belly, shoulder, neck, lip. The vase form is a “vessel” and the basic idea is of round forms, that give nourishment, that serve, pour and hold. These are forms which were originally created by women and for the purposes of cooking and storing and preserving food. That these forms followed the round forms of women is no surprise.

I enjoyed using and developing my forms in a female imagery as soon as I started working in clay. I wanted to cultivate that aspect of art history and reinterpret it for myself. I felt if I were going to truly express myself, it had to be female and I took many figure drawing classes to increase my skill. Along with my interest in Asian art, I took notice of the Bodhisattvas and their peaceful and androgynous torsos. Since so many of the Ancient Greek and Roman statues had been left without heads or arms, it was easy to bring those torso forms to my work as inspiration. I loved the Greek Korai and “worshipped at the foot” of the Winged Victory at the Louvre. Matisse showed me how to introduce movement and joy.

We are all students of the work that came before us, interpreting it for ourselves to find our own voice. These are some of the influences that helped me find my voice.

Classes for children and adults